Stealing the lyrics from the legend Rick Price, only heaven knows……what five years can do. No one grasps the idea of how the universe will unfold. Though one tries to be a psychic, saying that five is a number of peace and harmony, let us tune out the noise and skip the fairyland. In fact, IOOR Studio has turned 5, and be what it is now.

Life is indeed like a book, and each page holds a story. The next paragraph is unknown unless we write more. And in order to know what life has for us, we keep choosing between two, left or right, move ahead or stop. So let us tell you the tale of IOOR Studio, how it has waltzed through thin ice and colorful popping confetti.

It began in the mid of 2011, the triad founder of IOOR Studio, Nydia, Jane, and Robert, nine-to-five as an interior designer in a different company right after they graduated. They had walked their own path for almost two years, but at some point, Nydia asked Jane and Robert to sail the Interior Design world together and inspire the world through itーwhich later becomes the vision of IOOR Studio.

Sailing to the same harbor, they built IOOR Studio at the end of 2012 and started designing one’s home. Nydia said, “Entrepreneurs who haven’t labored in a garage can’t call themselves as an entrepreneur”. Yes, they spent the first year of their journey in a 3×3 meter room. Revisit the memory, everyday they started and ended the day by carrying a coffee table to the room and returned it back afterward. At that coffee table, their masterpieces of work were created.

Approximately two years were spent in a search of their identity. They got a lot of offers to design commercial spaces, and worked on it together until IOOR Studio has its own design team and able to do more and bigger projects. Later, IOOR Studio also crossed paths with press media and couples of their work were covered in prestigious magazines and broadcasted in many TV programs. 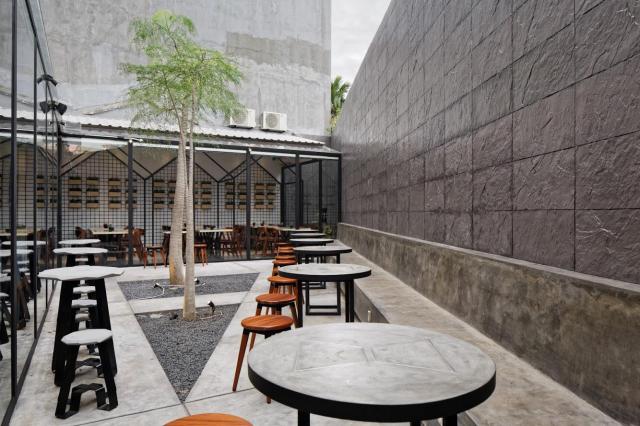 Today, 10.000 hours has passed and IOOR Studio has mastered the art of Interior Design, especially in a matter of commercial space. But in the middle of it, they feel like something is missing. They used to design one’s home, but as they excelled in commercial design, they missed that home is the start of everything.

Inspiration should start at home, doesn’t home supposed to be the source of it? Like a lamp that is electrified to kindle up the room, one must be inspired for him to seize the day. Therefore, after five years of the voyage, they established HOOM Living. So that they can build a high-quality urban society, that is inspired everyday, through Interior Design.

We never knew what another five years will do to us, but we decided to keep counting. 10,000 hours have made us a professional, this might be a point, but there’s something beyond lies behind. Inspiration, the word that will always be an “I do” in everything we do. From the beginning of the story, it’s never about us, nor we’ve ever dreamt to be the first. We just faithfully learn to be better, to inspire the world with what we do. We started from scratch, and we make it. So it’s not wishful thinking for you, to start dreaming a dream that you dreamt again.